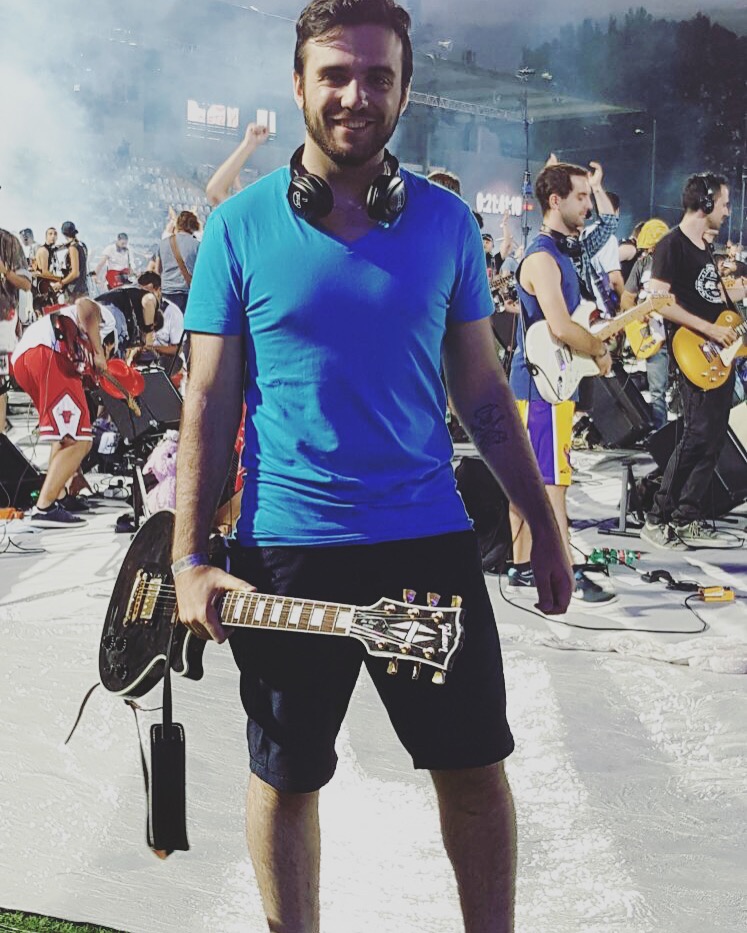 I’m an Italian musician and guitar player, born in 1993. I started to play guitar at the age of 13 with the help of my dad who’s also a musician. After a year I decide to attend a musical academy since I wanted to make guitar more than just an hobby. In these years I started playing in my first band called “The Blacksmith”, we wrote our own songs and recorded our first single called “destruction from the sky”, and started my Youtube Channel just for fun. Once I completed my high school studies I decided to focus on my guitar so I started the Rock Guitar Academy by Donato Begotti in Milan which I’m currently attending. In the meantime I began to teach guitar, playing live and recording with a songwriter called Andrea Marzolla and making Youtube videos. My guitar playing is mostly influenced by Slash and I was able to meet him after a concert and got my Gibson Les Paul signed.